While attempting to set Tessa’s staysail in the prevailing breeze, on the stand onshore, it soon became evident that the trailing sheets were going to foul the jib boom. As the best guess we fixed those sheets to a mast ring about halfway up the mainsail and after a couple of resets, stuck with it for the entire session.

Gary had warned me that sailing this way would be a bit different than with the dual winch system on the flyer, and so it is. But after a while, the mind’s eye notices the flutter and the need to slightly adjust the heading soon makes good.

How did it go against the standard FCS? Given the total 50% increase in sail area with a tip of the topsail being well above the other, it certainly had the legs on the standard.  But if this hadn’t been proven to be the case, the whole project would have been a dud.

At one point, when I couldn’t get to the video camera in time, a strong gust had her well-heeled over for a while, but she handled it pretty well.

I expect at 25 kph the main topsail will have to be removed and maybe even the staysail.

Interesting that I built three of my larger boats with identical fin boxes so  I actually have three different weight ones to play around with if need be.

Once I got the hang of making course corrections rather than TX stick to get the best fore-topsail profile it was pretty easy sailing. Certainly, she can turn on a dime like any of the other Bear boats. But in heavier going, perhaps not so easily.

It would be nice to be able to tweak the staysail a little via the TX, and I have a few ideas to try out to see if they work, but also must be practical.

General consensus is that it is a very nice modification and should make for interesting sailing in weeks to come. 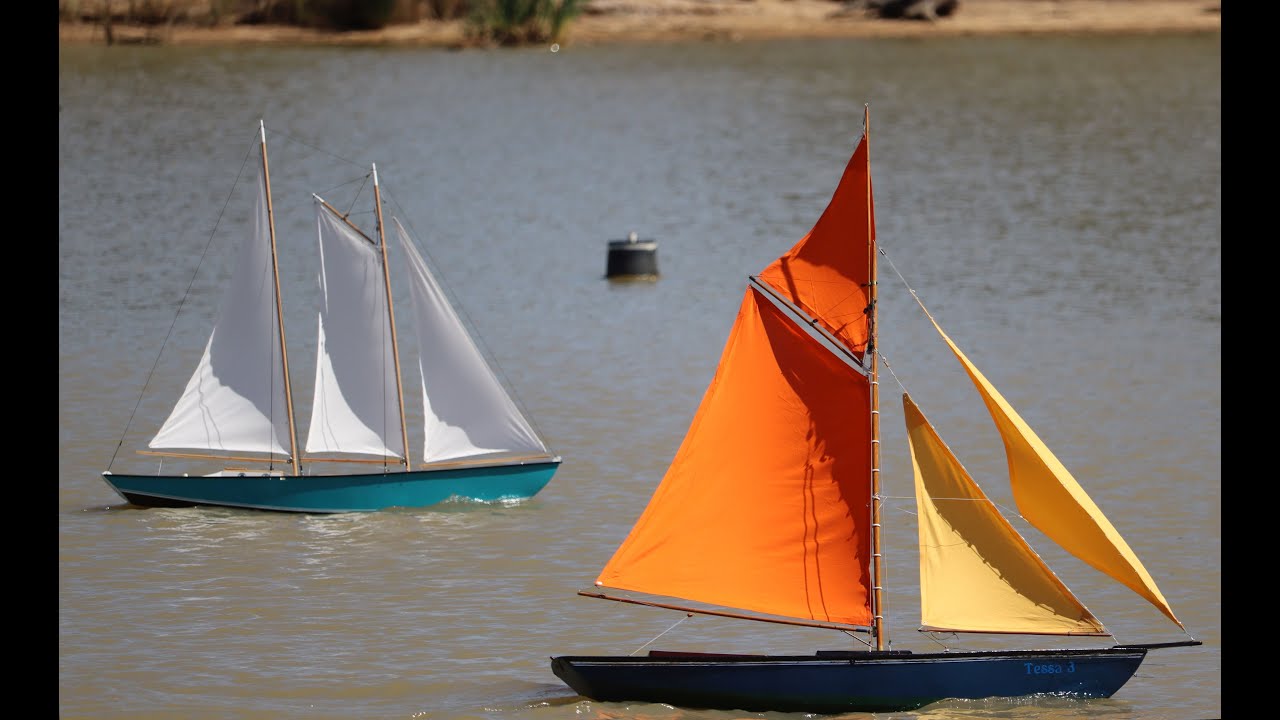